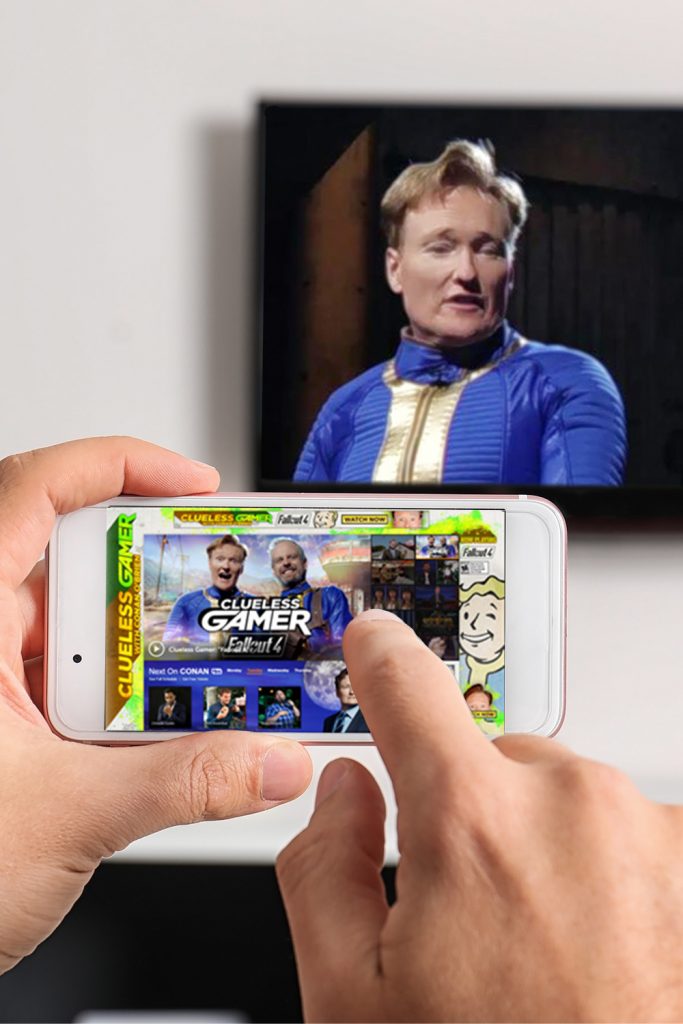 To promote the launch of Fallout 4, Fearless created a fully branded on-air segment of Clueless Gamer with a first-ever branded cold open on TBS’s Conan. Conan, outfitted in a Vault Suit, played the Fallout 4 game during an eight (8) minute long segment which aired on TBS. Directly following the on-air segment, the episode cut to commercial, where the Fallout 4 :30 second spot reinforced the launch of the game and drove viewers to purchase in-store or online.

The on-air segment, coupled with a massive social media push resulted in tons of press, both inside and outside of the gaming world. The segment now lives on TeamCoco.com, YouTube, and Facebook where combined with linear TV exposure it amassed over 15MM views to date. The content continues to gain views, comments, likes, shares, and plenty of buzz.

The Conan integration, in tandem with a fully integrated cross-channel campaign, helped the launch of Fallout 4 break all kinds of records including the shipment of 12 million copies on launch day alone, the equivalent of $750M in sales, as well as a nomination as finalists for the Creative Media Awards.